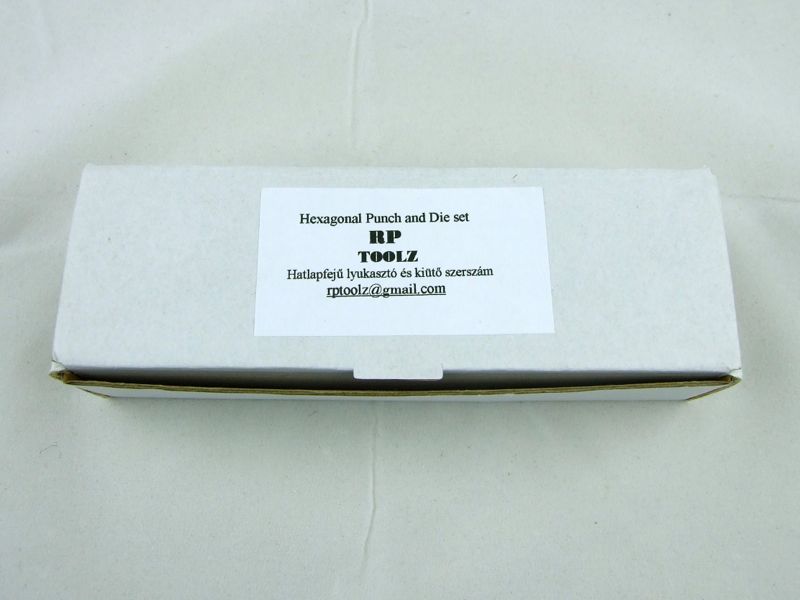 Recently I received a sample package from RP Toolz containing two of their punch and die sets - a traditional round set (reviewed elsewhere) and a smaller hexagonal set. Here we examine the hexagonal set.

The product ships in a neat, sturdy cardboard box, which is packed full: 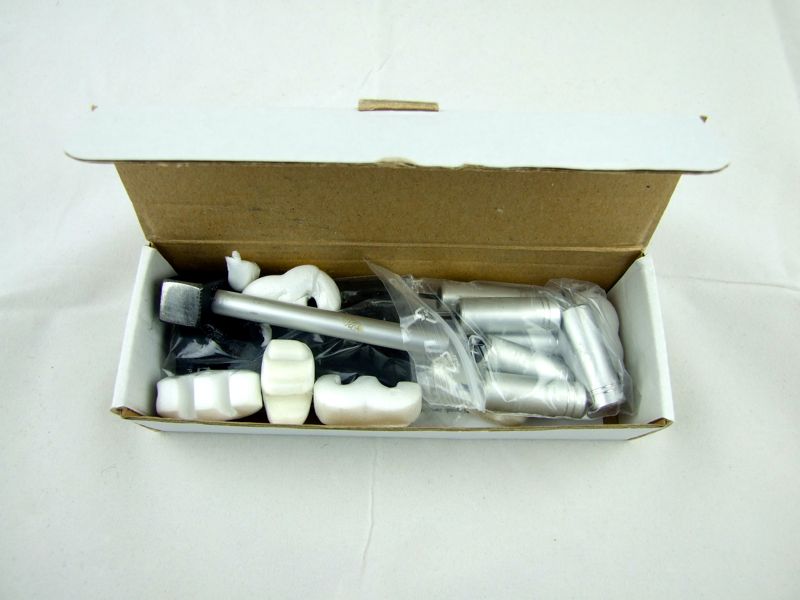 The contents are as follows: 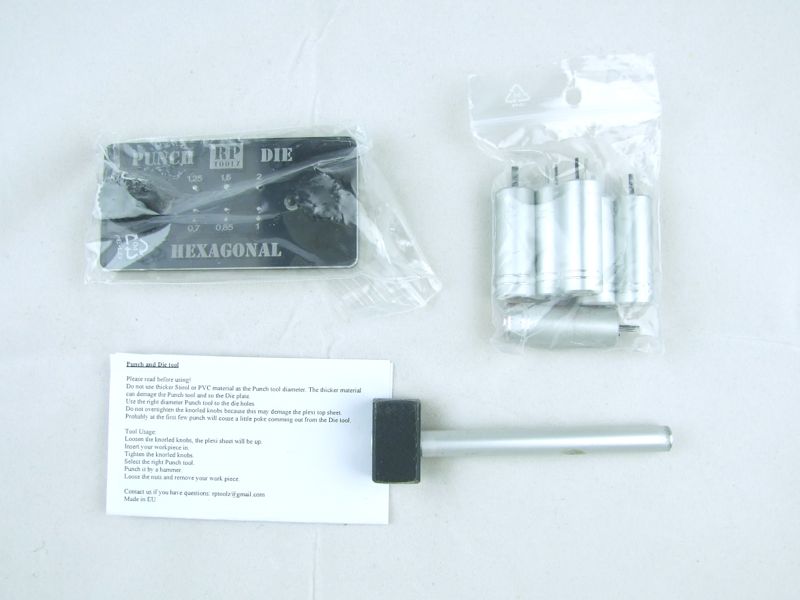 The punches range from 0.71mm to 2mm, and each is labelled on its end: 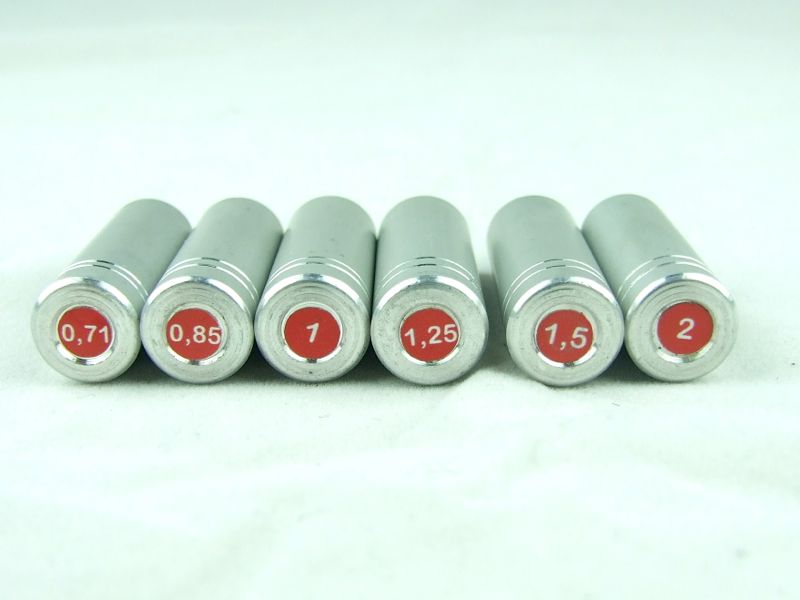 Curiously, the three smaller punches have dual shanks - a standard round one along with a hexagonal counterpart: 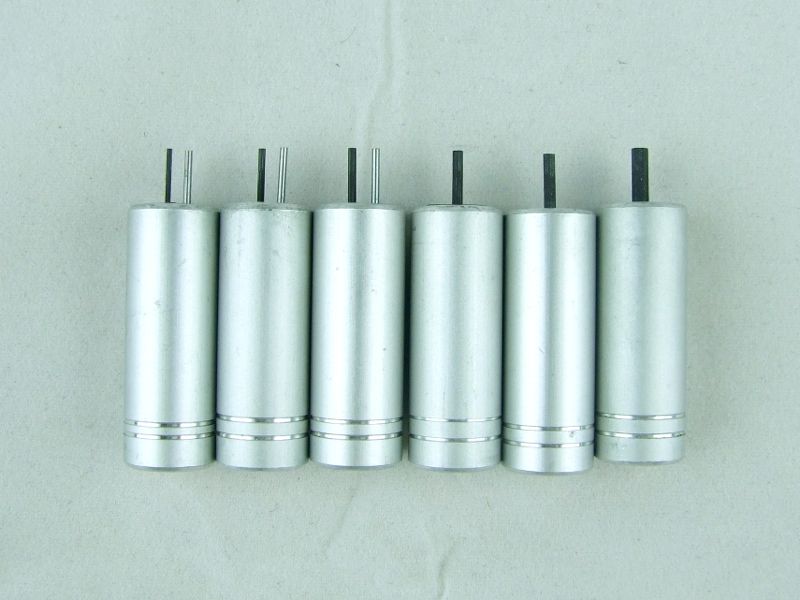 To be honest I'm yet to fully understand why this is so - perhaps it's to conveniently provide a corresponding washer for your hex nut. Whatever the case, this is how they come. Of course, the die assembly is configured appropriately to accept these punches. 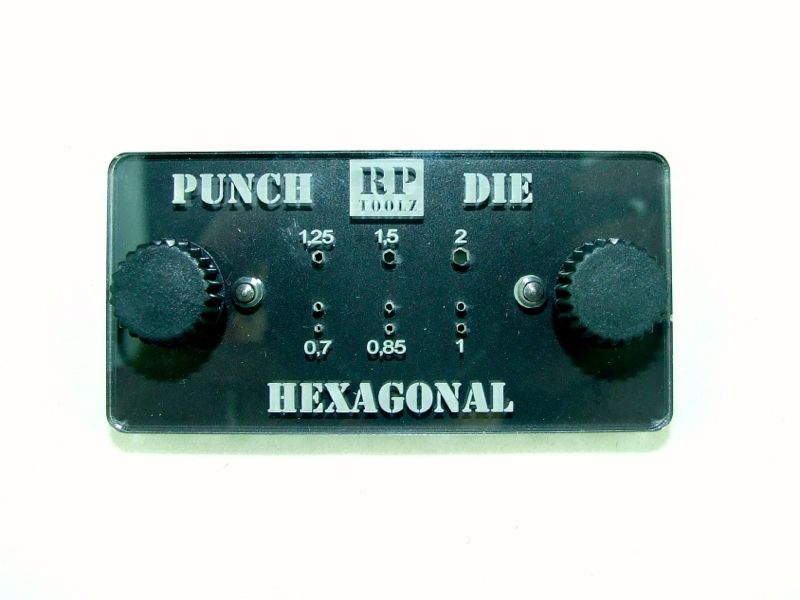 Unfortunately one shank on the 0.85mm punch was slightly bent on my sample - the bottom one in the following photo: 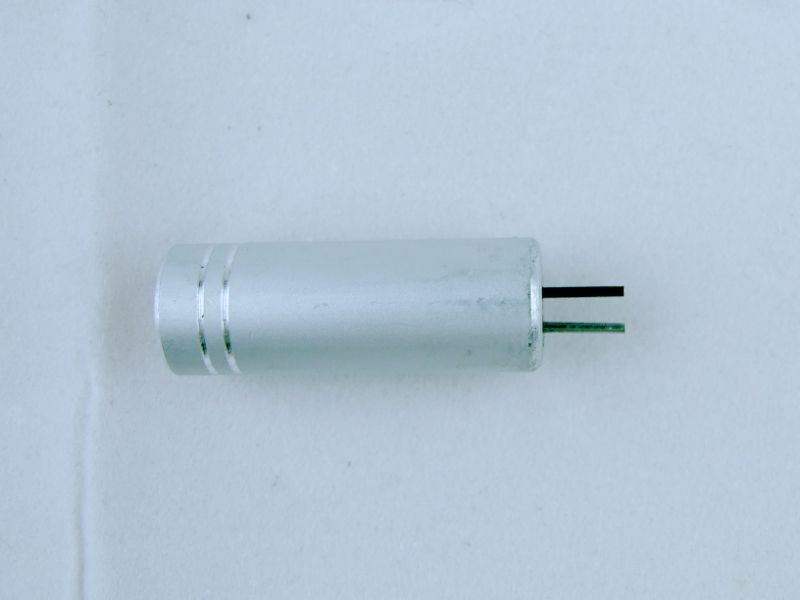 I manipulated them gently with some pliers, and although they still diverge slightly, I'm now able to insert them into the die successfully with a slight pinching action using my fingers tips. This fault is disappointing given the overall quality of the set, but at least in this case it is not insurmountable. I'd expect that RP Toolz would replace a faulty punch if requested.

Apart from that anomaly, the build quality is excellent throughout, and the set is extremely well engineered and manufactured. The tightening knobs make it very easy to clamp your material in place, and appear to be spring-mounted so that they pop up out of the way after a couple of turns to release. If you've ever struggled getting material in and out of your Waldron die assembly, you'll really appreciate how well-made and easy-to-use this set is.

The instructions handily warn not to use material of a greater thickness than the diameter of the punch itself, which seems like sound advice to me. As you can see from the photos, the punches differ from the traditional Waldron type, in that the punch element is embedded in a much larger, and much sturdier, metal cylinder. This is a superior arrangement in so many ways. Firstly, it allows the punches to be labelled with their diameter - always useful. Secondly, it gives the hammer or mallet a much greater target to work with than a tiny punch. And most importantly, it protects the otherwise delicate small punches from being bent or damaged by blunt force trauma. Excellent!

But how does it perform? I took the largest of the 'two-pronged' punches (1mm), and a scrap of 5 thou Evergreen styrene, and this was the result: 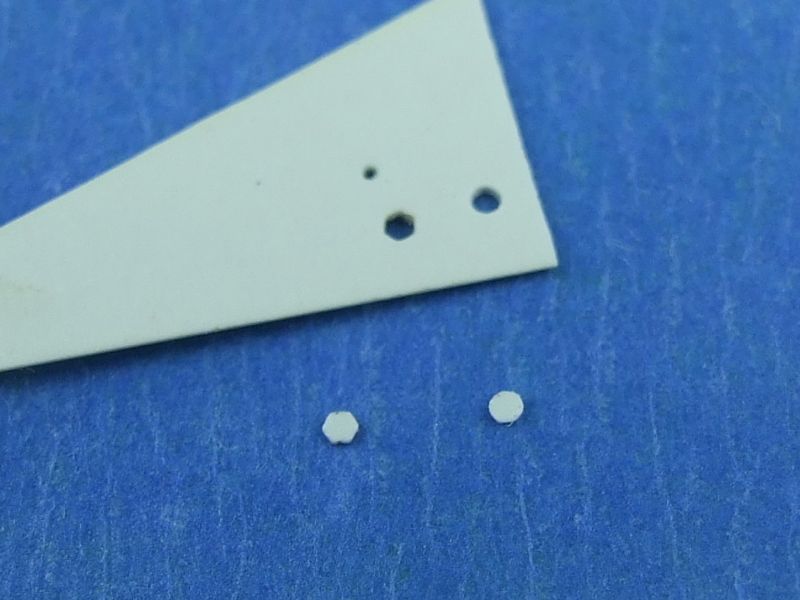 Clean, crisp and geometrically sound. It certainly appears to do what it says on the tin.

Another benefit of the design of these punches is that the cylinder acts as a natural stop for the punch, and the punch shank is shorter than the die assembly is deep, so there's no danger of ever driving the punch into the surface you're working on.

I don't rate this set quite as highly as the round punch set from the same manufacturer, partly due to the unfortunate flaw with one of the punches, and partly due to it being relatively expensive by comparison (55 euros for 6 punches in this set versus 65 euros for 16 punches in the other). But this is a more specialised unit, and potentially more expensive to manufacture, and it's still very well made overall.

With that said, a flawless example will work exactly as advertised and provide years of reliable service. So, provided the quality control issue with my sample set is an aberration, I can highly recommend this set.

Thanks to RP Toolz for the review sample.