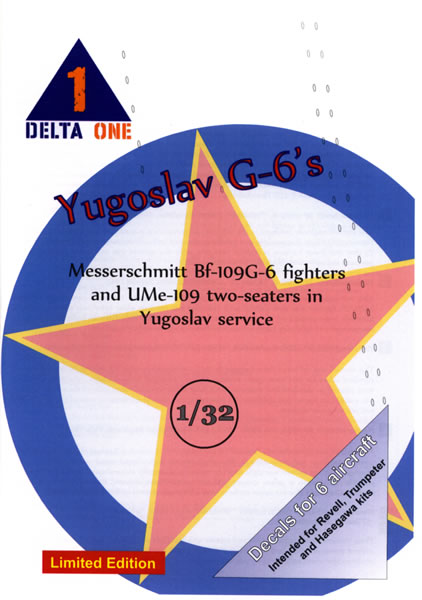 Delta One is a new decal provider out of Europe, aiming to fill gaps in the existing market. The set we're examining here is called "Yugolsav G-6's", and features six Bf 109G-6 aircraft in Yugoslav schemes. Each scheme is accompanied by a paragraph of notes, and a painting guide consisting of a set of colour 3-view drawings. Schemes #5 & #6 are combined however, as they only differ in the individual aircraft number used. 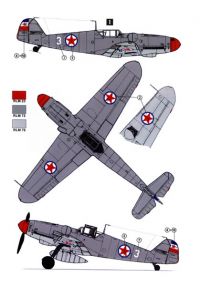 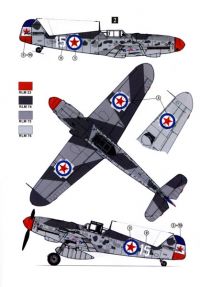 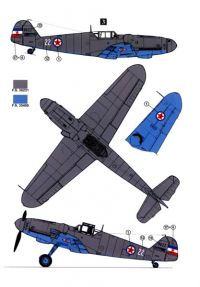 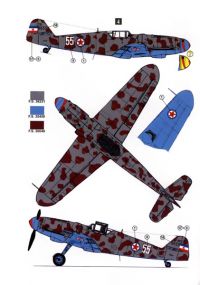 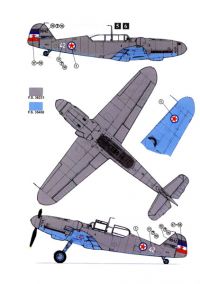 The provided options are all quite interesting, and include two UMe 109 two-seater aircraft. This would make an interesting and unique conversion project! The details for each option, as provided in the instructions, are as follows:

The decals themselves are provided on a single small sheet, and are very nicely printed. No printing house is given, so they appear to be an in-house production. They're traditional screen-printed decals however, and not laser, inkjet or ALPS printed. 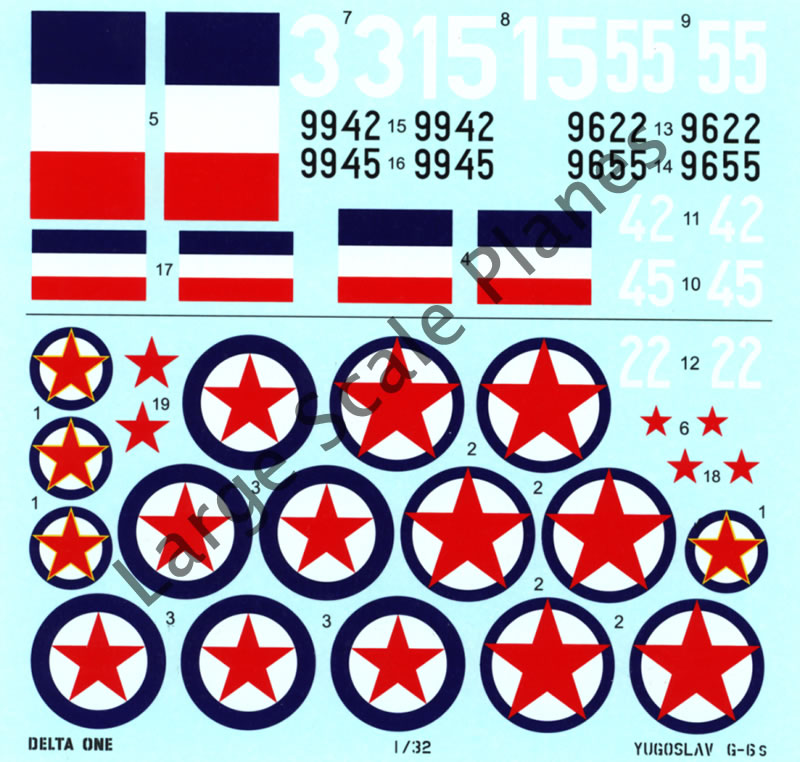 The decals appear to be very nicely printed, and in good registration overall. There is, however, a very minor printing flaw in my sample on the right-most national marking labelled #1. Excess carrier film is kept to a minimum, and colour density appears to be excellent.

For information on how Delta One decals perform, see my review of the company's American G-6s set, where I put them to the test. Assuming the same printing methods have been employed, these will be fine.

This is a terrific decal set for those who are looking to do something unusual with a 109, and the conversion possibilities offered by the two UMe 109 two-seater schemes are fascinating. I applaud Delta One for having the courage to offer schemes for which no out-of-the-box kits exist.

If you're looking for unusual schemes for your 109 model, or have an interest in Yugoslav subjects, this sheet is highly recommended!

The Delta One website had not been launched at the time of writing this review, but enquiries can be made via email at delta1decal@gmail.com.

Thanks to Delta One for the review sample.