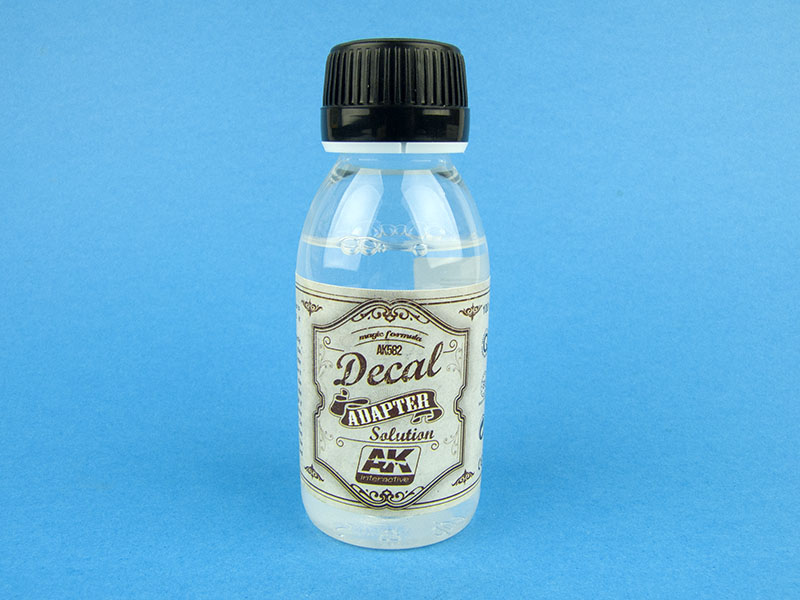 Spanish firm AK Interactive has, in a relatively short space of time, become quite well-known for its finishing and weathering products, of which it sports an extensive range. Arriving in the mail for review recently, though, was something a little unexpected: a decal solvent product.

Dubbed Decal Adapter Solution, it comes in a 100ml plastic bottle with a sealed twist cap. In small letters above the product code on the label, are the words "magic formula". This sounds reminiscent of the claims of snake oil salesmen from old westerns. It's fitting, then, that the label has an olde worlde feel about it.

In order to put the product to the test, I retrieved a pair of wing pieces I had previously used to test AK Interactive's Xtreme Metal paints: 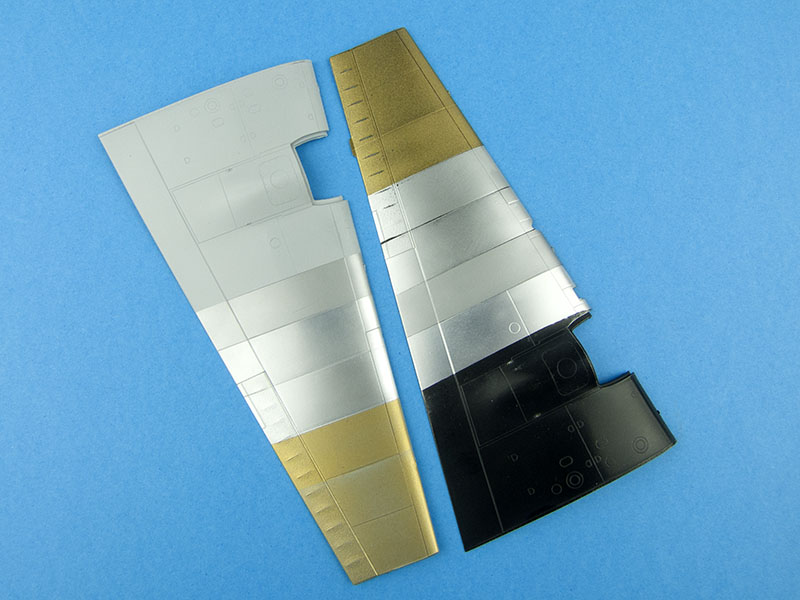 Since the paint layers on these parts were already smooth and glossy, I elected to eschew any further gloss clear coats, and the test decals were applied directly to the paint.

To begin the test, I scrounged as wide a variety of decals from my spares stash as possible. It's important to note, however, that my methodology is hardly scientific. Having resided in my stash for some time, many of the decals are not particularly fresh, and may be suffering any number of issues associated with aging decals. They also may not necessarily represent the current state-of-the-art from each manufacturer. Of the seven samples chosen, only two are from the aftermarket, with the rest being stock kit decals. For better or worse, I drew the line at mutilating any of my pristine aftermarket sets for the purposes of this review!

As shown in the image below, the sample decals came from the following sources: 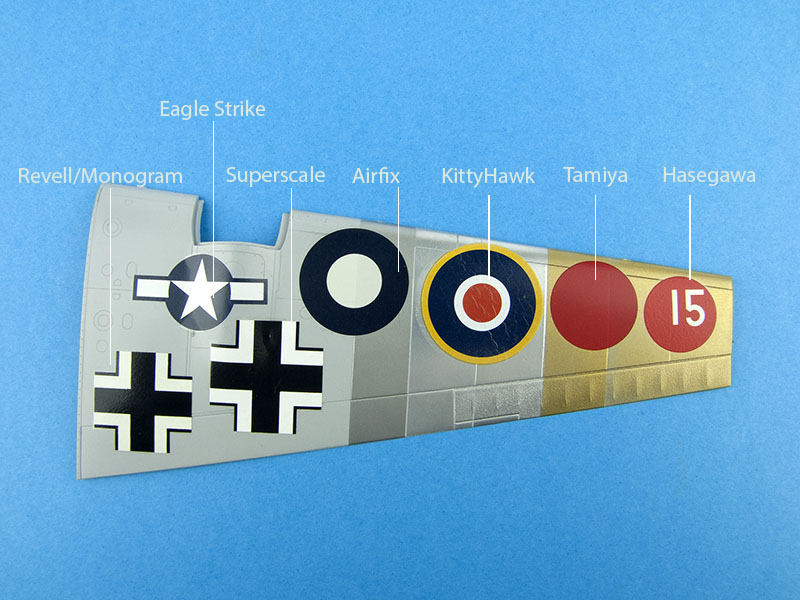 The decals that were applied around the hump of the nacelle show some "tenting" - not fully settling into cavities and valleys, or down around raised detail: 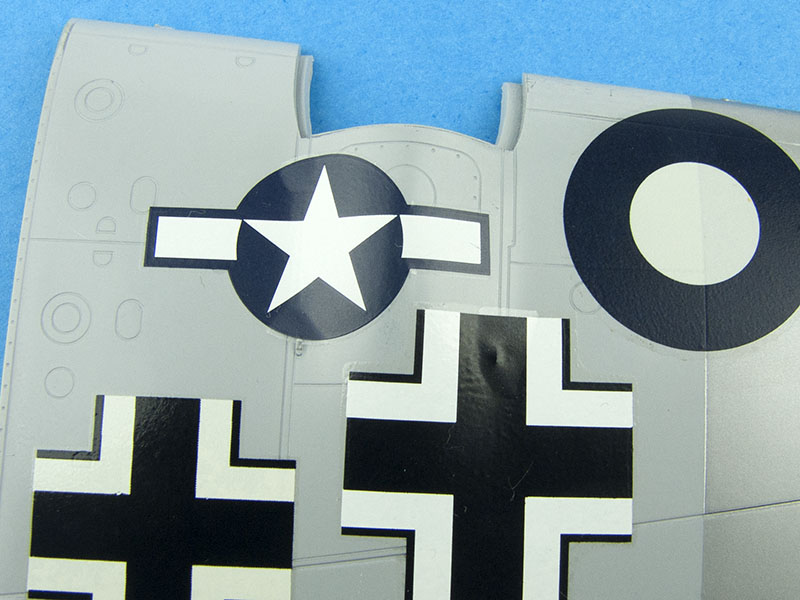 I following the instructions on the label as closely as possible, which read as follows:

Apply directly from the bottle, moisten the decal (already placed) with the liquid using a brush. Leave it for few minutes to let the product react. Later with the help of a brush to merge it properly with the surface of the model. It can be varnished. Do not touch until decal dries completely.

As instructed, I pulled out a chisel-shaped brush: 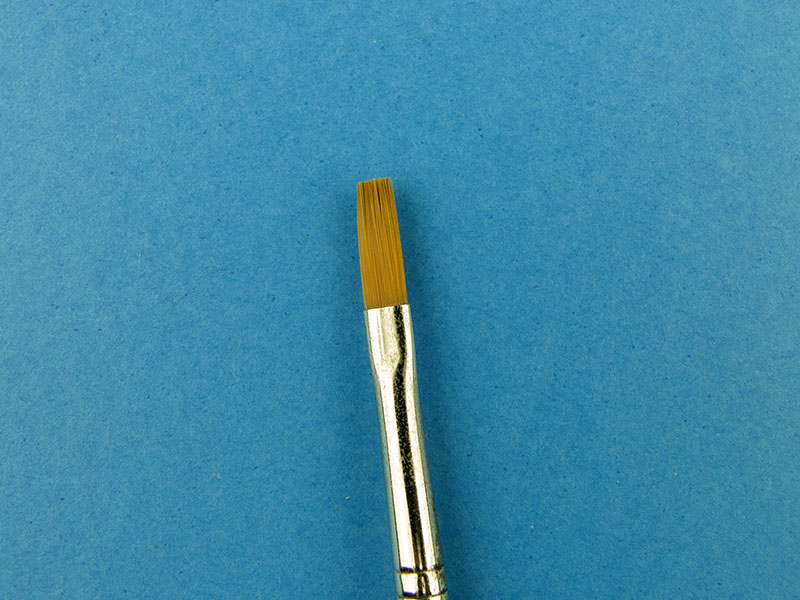 I brushed each decal separately with a liberal dose of the product, and left them to dry until there were no visible signs of the liquid on the surface, around 10 minutes later: 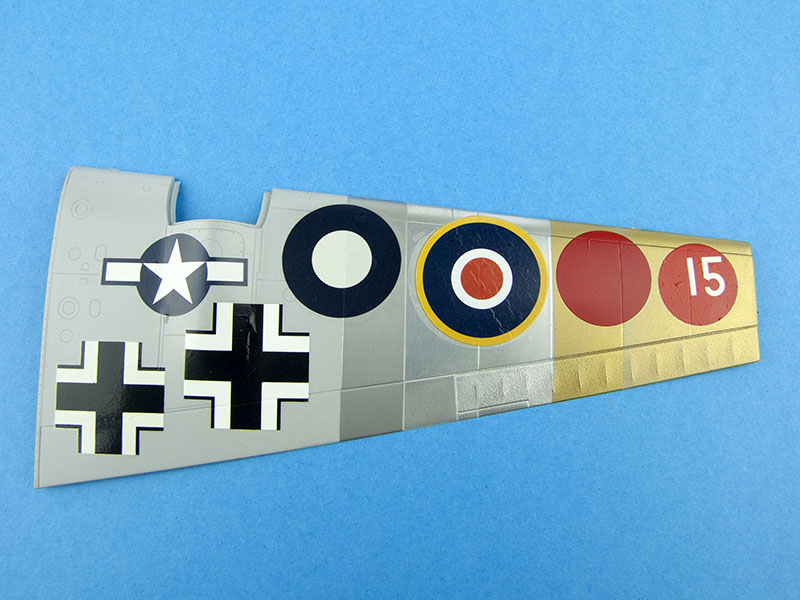 Several of the decals had already begun to exhibit the infamous crinkle effect, while there were also signs of air bubbles developing here and there. Both the most glossy decal (Revell/Monogram) and the most flat one (Airfix) showed signs of being stained or marked by the solution. Note that the cracking effect on the KittyHawk roundel was present before applying the decal, and is not a product of the AK Interactive solution.

At this stage I decided to leave them overnight and examine their condition the next morning.

Here are the results around 12 hours later: 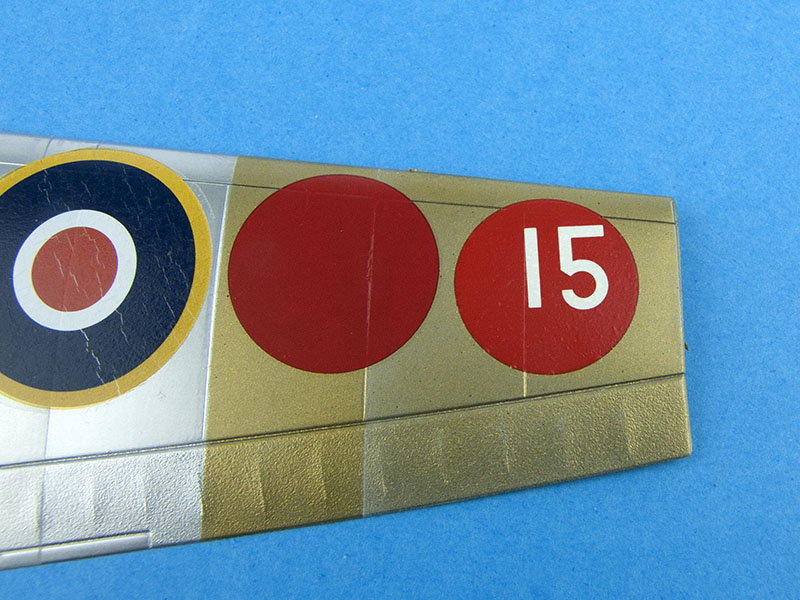 Looks OK, but still some minor bubbling. It's worth noting that the surface here isn't as smooth as elsewhere on the part. 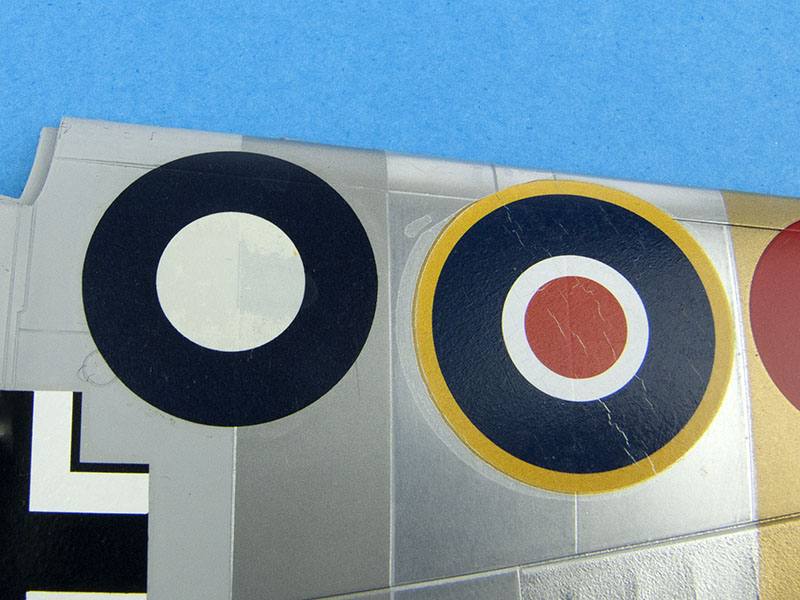 The damage to the white centre on the Airfix roundel is obvious in this photo. 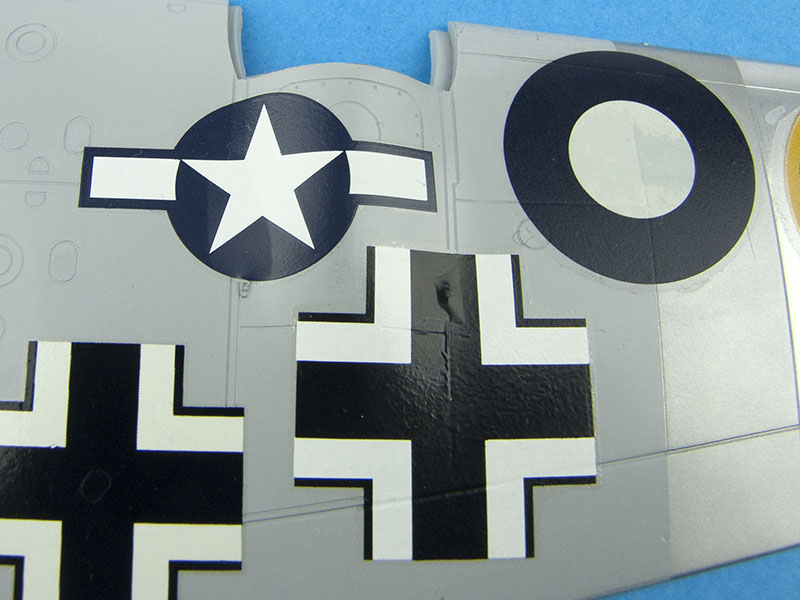 The "tenting" is still in evidence, as is a slight bubbling effect on the Superscale balkenkreuz. A faint stain is also visible on the Revell/Monogram balkenkreuz (bottom left).

With regard to the "tenting" issue, it's difficult for any decal setting solution to cope with small, angular raised details, so it's unfair to judge Decal Adapter negatively based on that result. Normally you'd need to prick or slice the problem area and apply more solution in order to get the decal to conform in such extreme cases. For the sake of this test, however, I decided to brush some more Decal Adapter over those areas, and check back later to see if further applications resulted in further improvements. After several hours, there was no noticeable change, but none was really expected.

So far, I'd have to rate Decal Adapter's performance as no better or worse than any other decal solution I've tried. In terms of smell, consistency, and results, it reminds more of Mr. Mark Softer than Micro Sol. It seems more successful with the Japanese decals than their American or European counterparts. It had a strange reaction to the Airfix roundel, immediately beading up and refusing to create a uniform layer over the decal - this, despite it being far and away the most matt of the group. I believe this to be the cause of the damage to the white of this decal, as it sat on the surface far too long in a beaded-up state. I've found that Mr. Mark Softer has a tendency to do this too.

If you're happy with your existing decal application solutions, then I see no reason to rush out and obtain a bottle of Decal Adapter. Having said that, decals come in a wide range of formulations, and my testing can hardly be described as exhaustive. Decal Adapter may well be perfect for many of the brands of decal I was unable to test. And, having another option in the toolkit is rarely a bad thing.

Contrary to the boast on the label, Decal Adapter is no "magic formula", but if you're looking to expand your options for decal solutions, it's definitely worth a try.