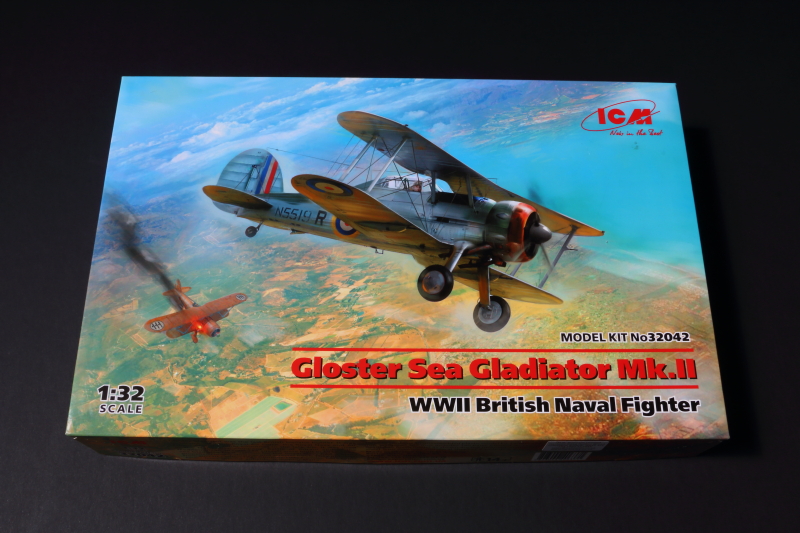 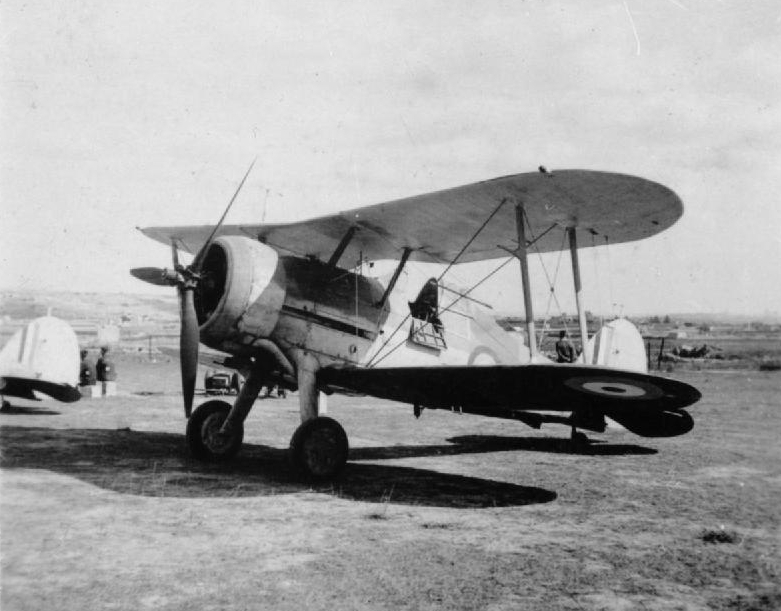 This is the third release of the excellent ICM Gladiator kit we reviewed earlier this year in its Mk.I guise, this time with additional parts and new decals to build the Sea Gladiator versions of this famous design.

As with previous ICM kits, the packaging is superb: a lift off top cover, with nice box art, and a more solid corrugated card box with integrated lid below. 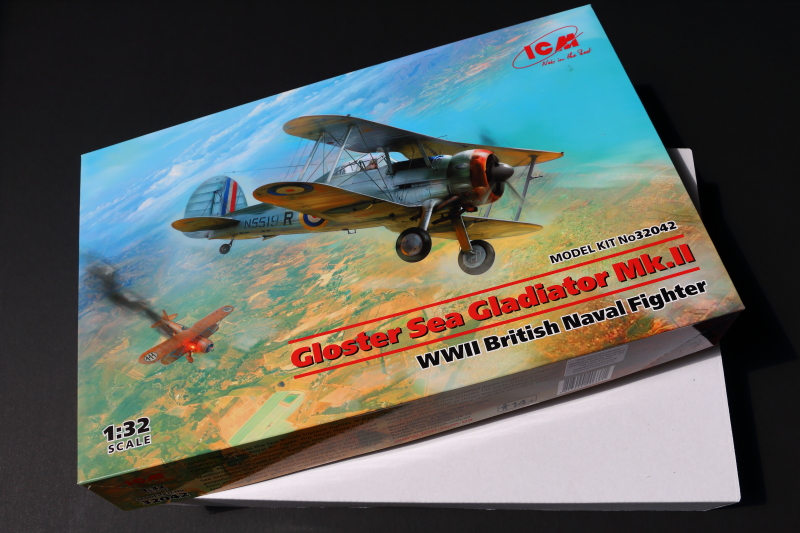 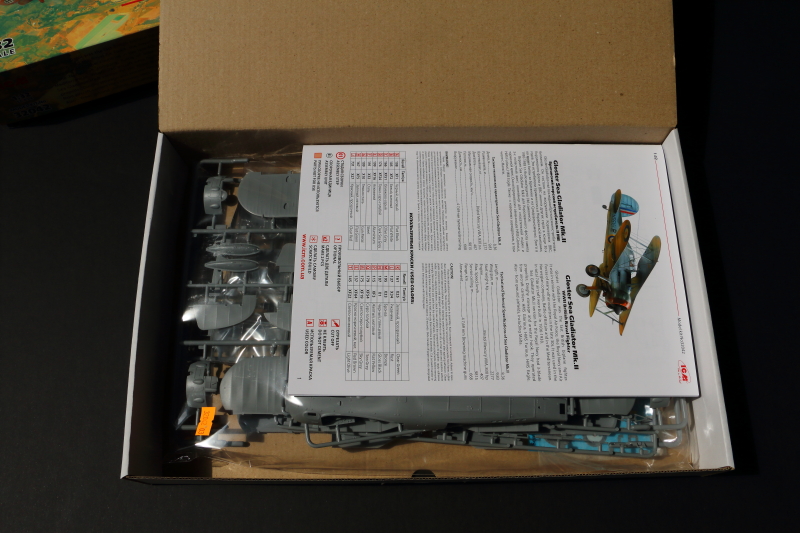 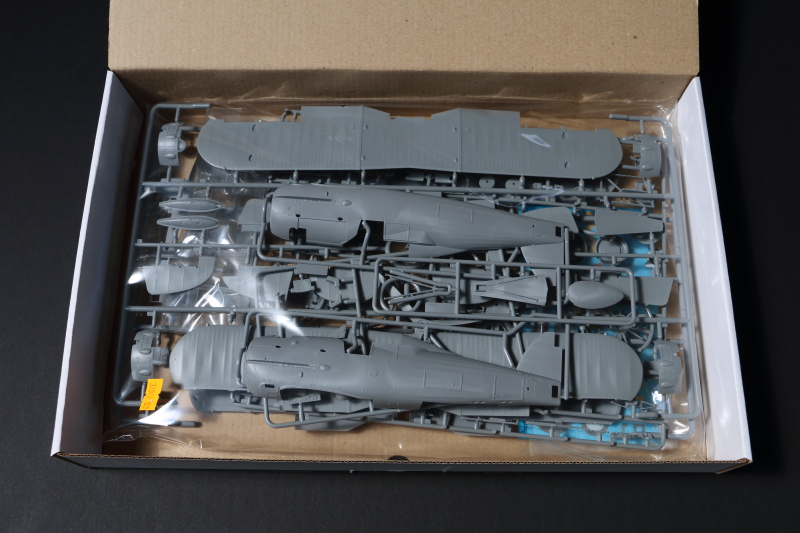 As with all the other 'solid' parts of the kit, these are sharply moulded in medium grey plastic. Detail is very sharp and surfaces have a slight matt sheen to them. The shapes look spot on and, to my eyes at least, the fabric surface effect on the rear fuselage and fin looks spot on in this scale. If I were to pick up on one thing I'd say the edges of the removable panels on the rear fuselage are too prominent and could do with making a little less pronounced. 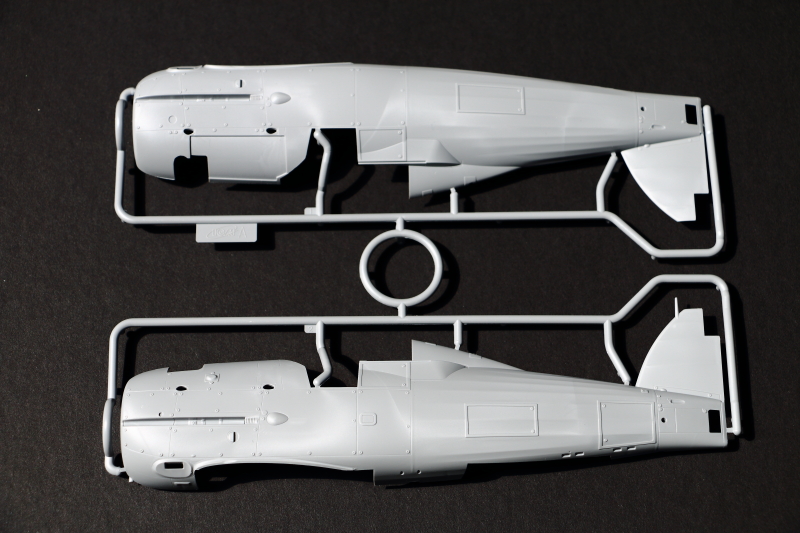 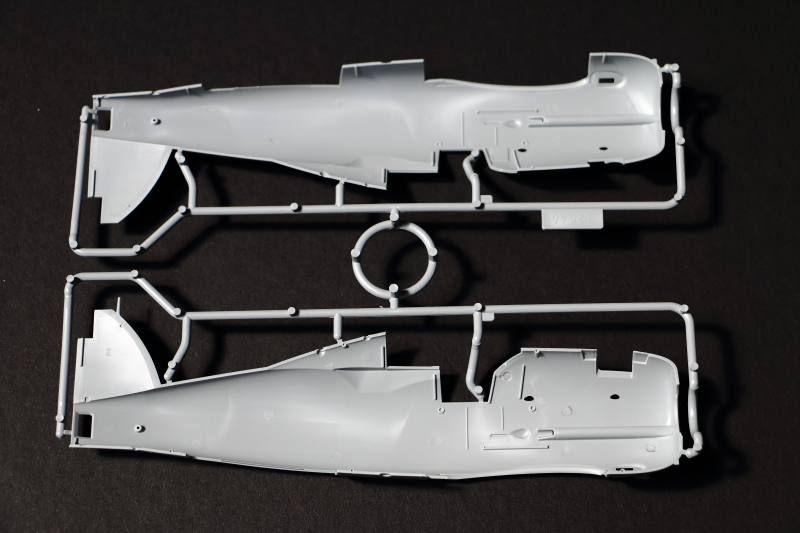 As well as the upper wings, this sprue also provides parts for the rudder and tailplane assemblies, as well as rear sections of cowling. It's worth noting at this point that all control surfaces are separate, apart from the flaps. 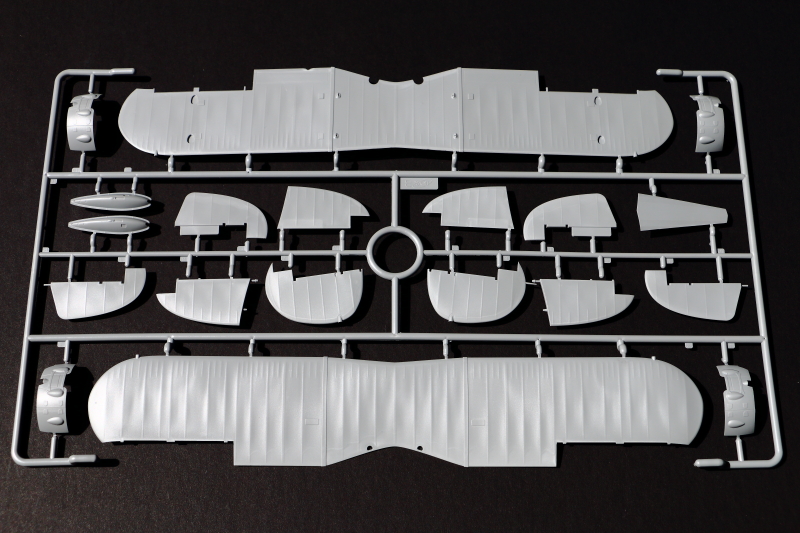 In addition, the sprue contains the ailerons, wheels, undercarriage legs, engine gear cover and a number of cockpit parts. All are very cleanly moulded as we've come to expect from ICM. 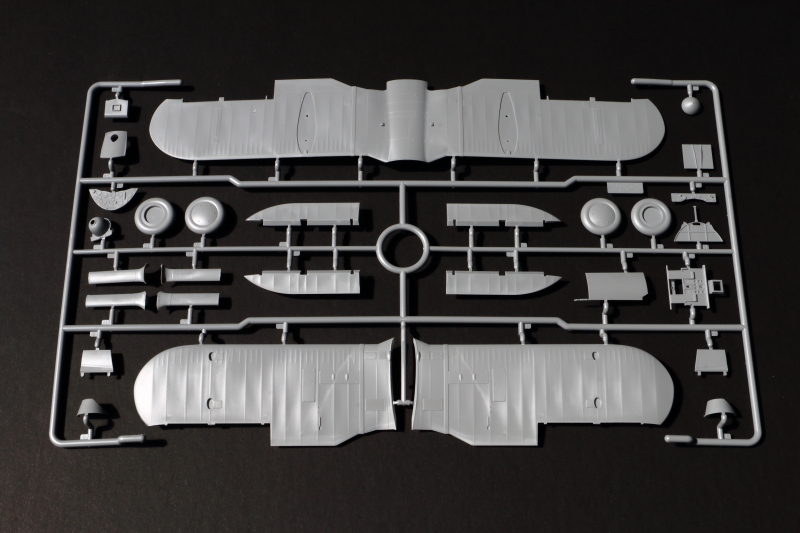 Sprue 'D' provides parts for a very fine engine and front cowl, replete with exhaust tubes to the front collector ring. The two-bladed prop leeks great, but was one of two parts in the kit to come loose in transit. Detail is generally very good, although I feel the cooling fins on the cylinders could be finer. 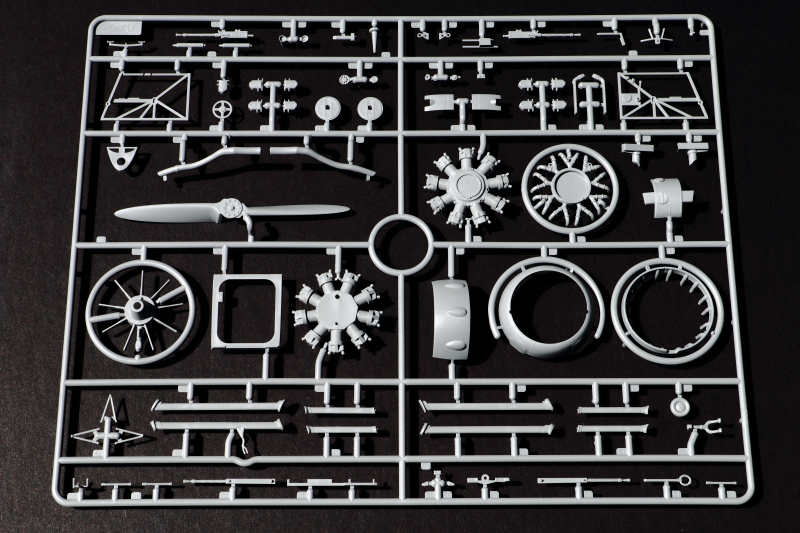 A new sprue from the Mk.II release that provides the three-bladed prop, instrument panels and other parts applicable to the Mk.II is included. 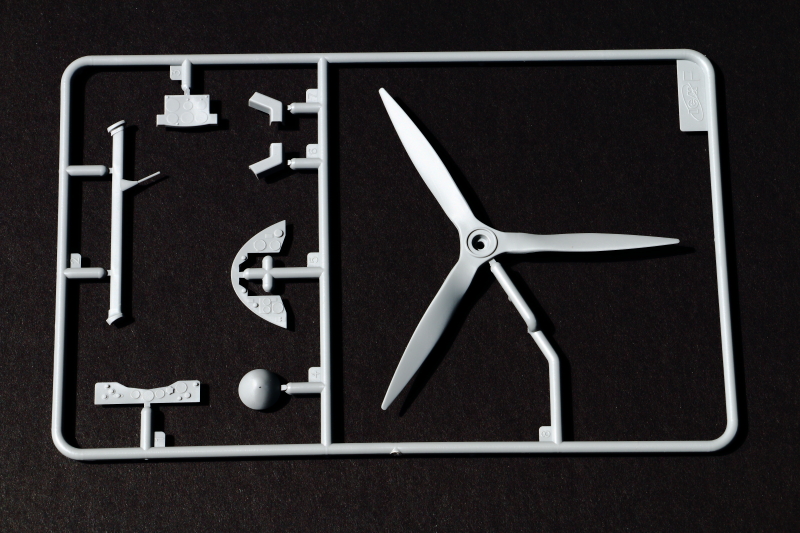 Another new sprue provides cleanly moulded parts for the hook, underfuselage hook recess and the belly fairing for the dinghy. 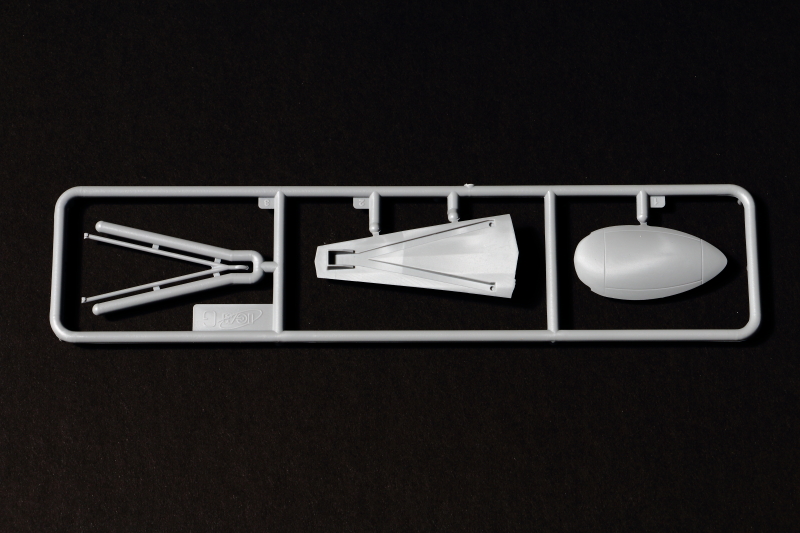 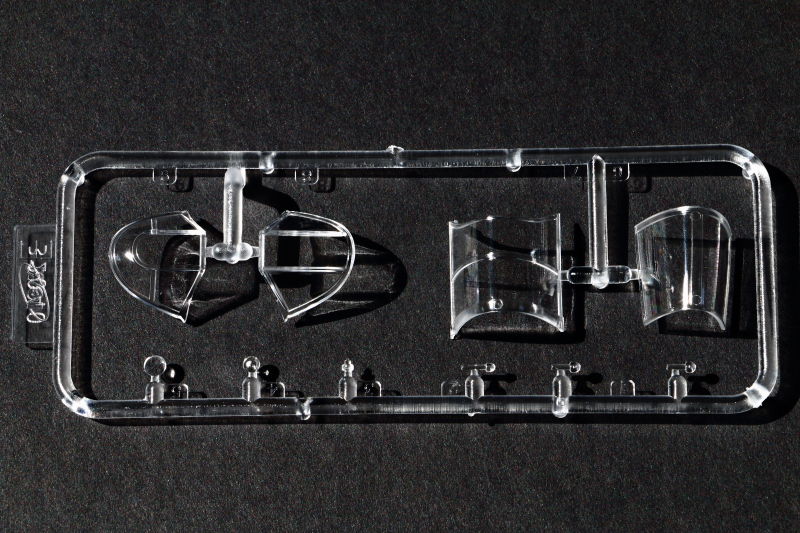 A single, well printed, decal sheet is provided offering markings for four subjects. Colour and density look good, register is good and they look nice an thin. Good looking instrument dials are included on the sheet. 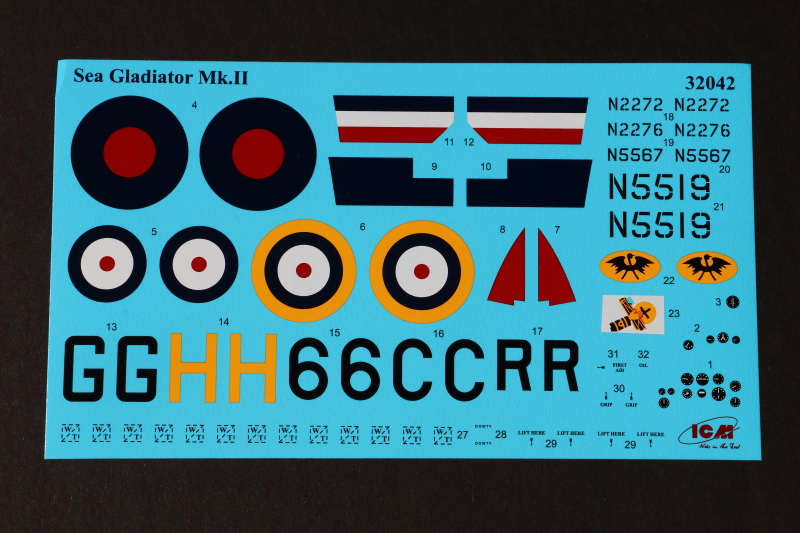 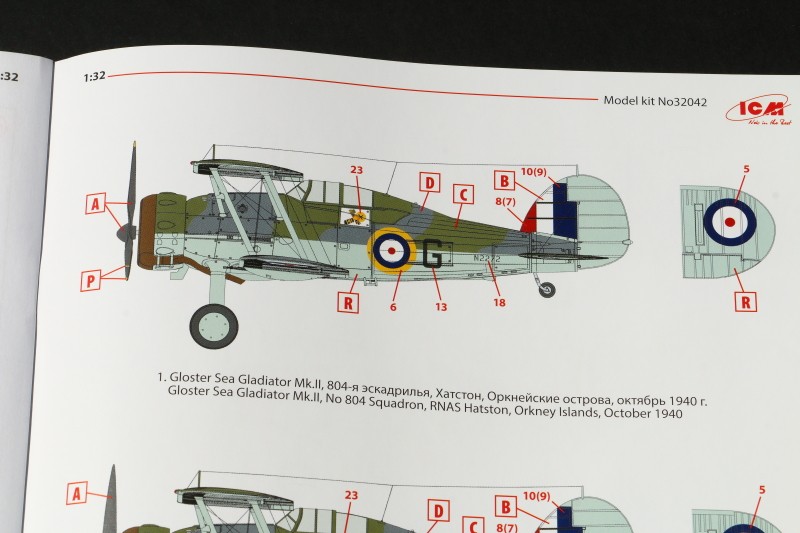 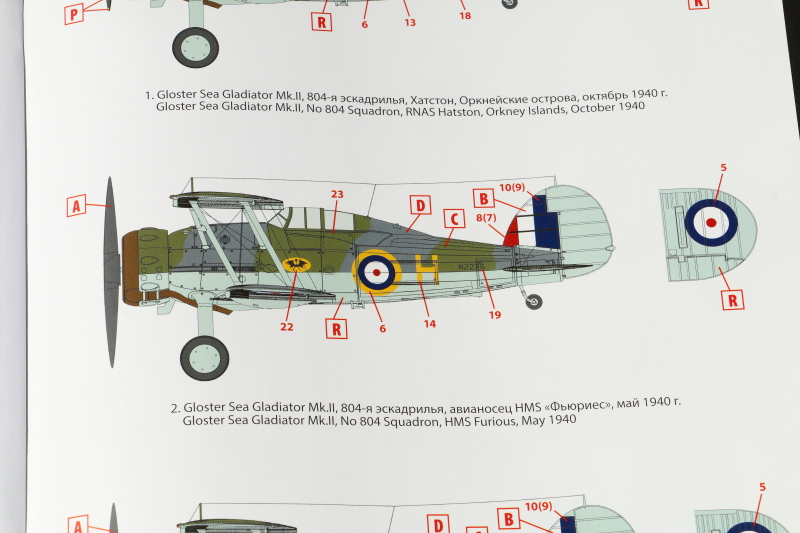 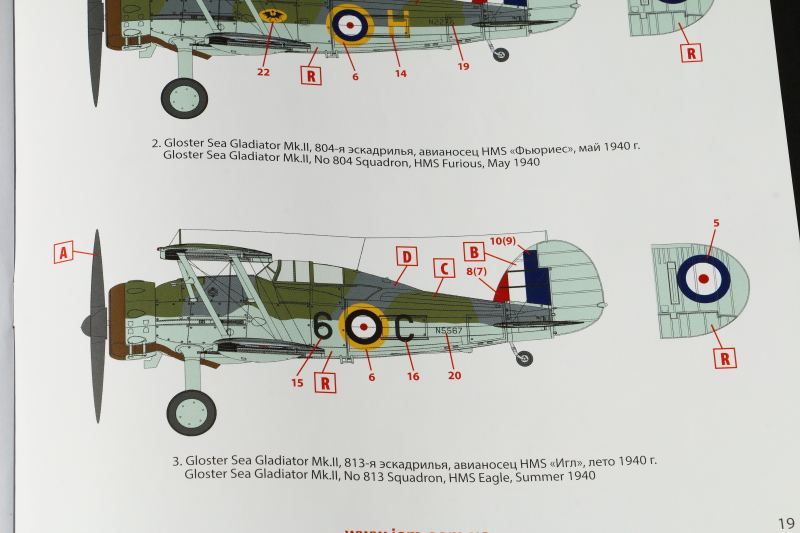 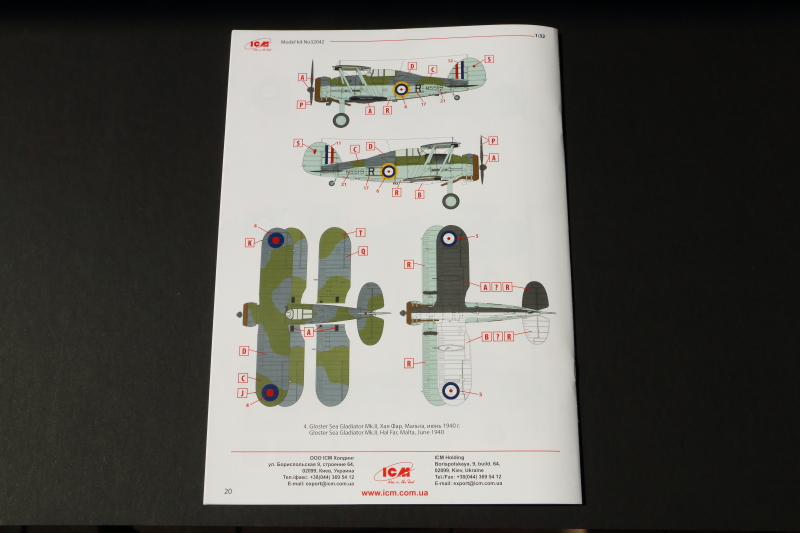 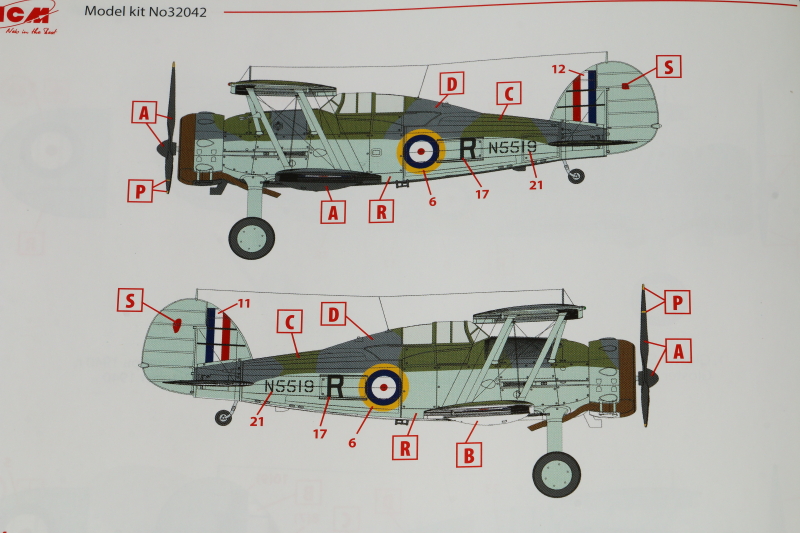 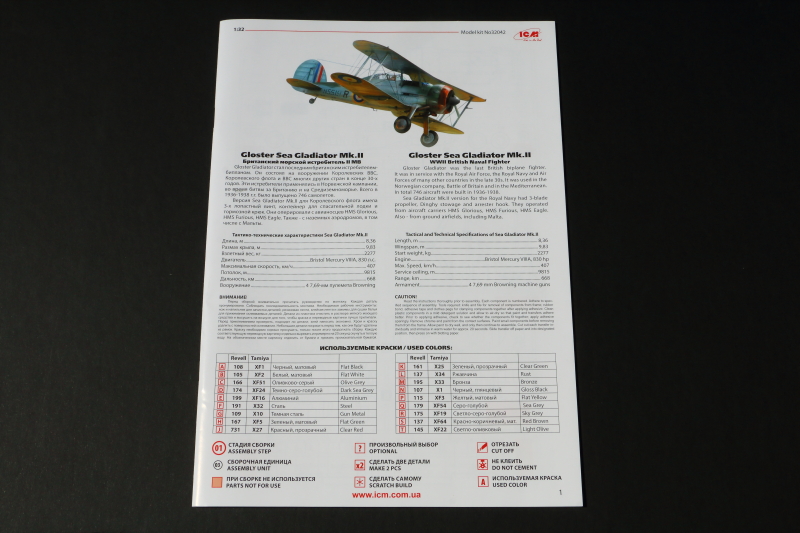 Overall a superb new release from ICM although, as we mentioned in our earlier review, it would have been nice to have had some seat straps included as they will be a necessary (and very obvious) on the finished model.

Since release a number of excellent accessories have been released by AIMS for this kit: Decals, Cockpit (photo etched), replacement ailerons (resin) and a full engine and cowling sets. We'll be taking a look at a few of these as separate reviews in the near future.

This is yet another new kit from ICM that carries the very highly recommended label!

An excellent reference for this model is Airframe Album 12 - Gloster Gladiator - A Detailed Gude To The RAFs Last Biplane Fighter, published by Valiant Wings, which we reviewed previously.