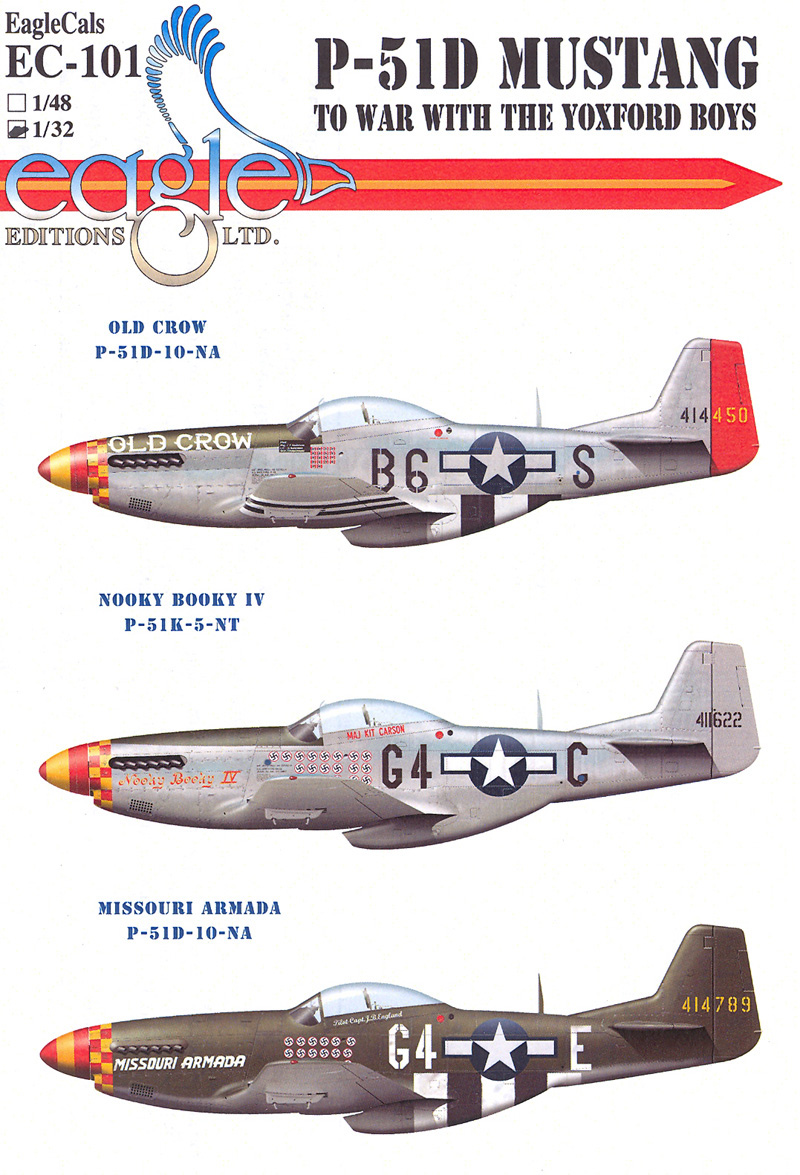 Eagle Editions has just released their long waited for P-51D decals in 1/32nd scale. This is a review of the first of three new offerings depicting Mustangs of the 357th FG, the famous Yoxford Boys. Markings in 1/32nd scale are specifically matched to the older Hasegawa and newer Dragon kits.

The first release provides markings for three high scoring aces from the 357th FG while based at Leiston in the United Kingdom. The options are:

Tom Tullis provides his exquisite airbrush profiles with the instructions. These are also published in To War With The Yoxford Boys available from Eagle Editions and reviewed elsewhere on LSP. The instructions include complete painting and decal placement details with very brief pilot notes. 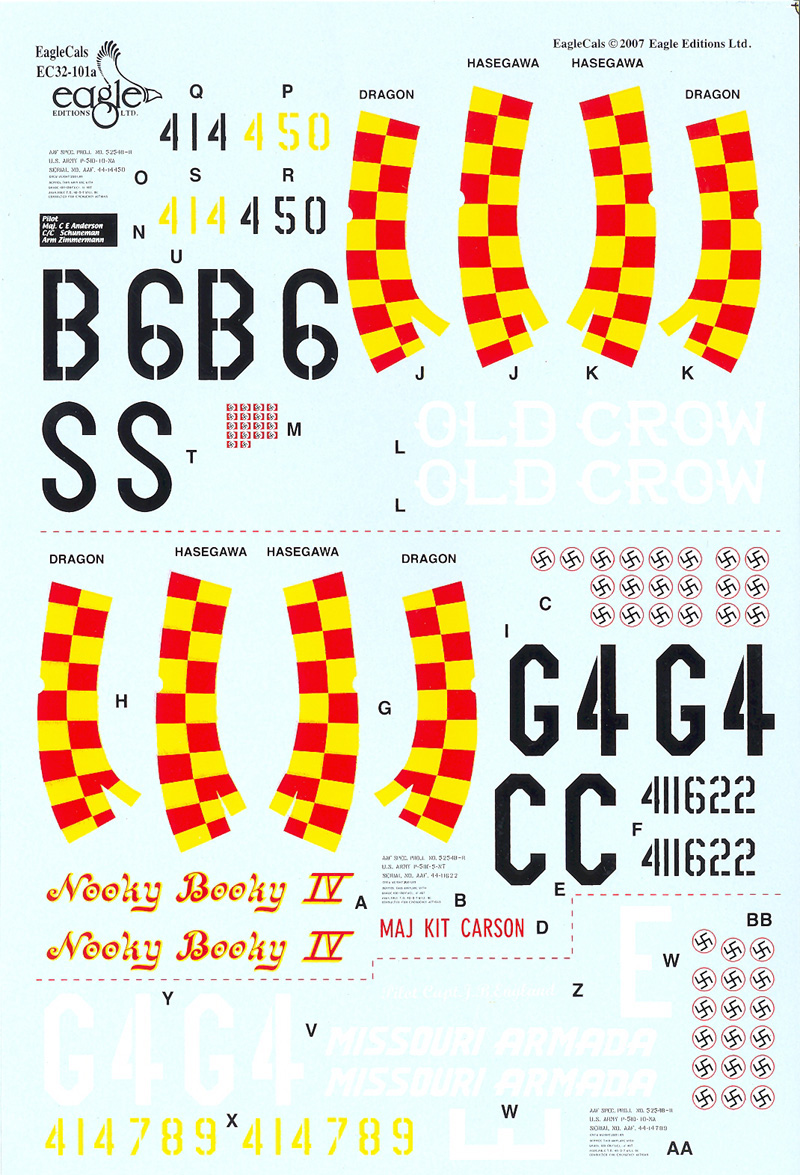 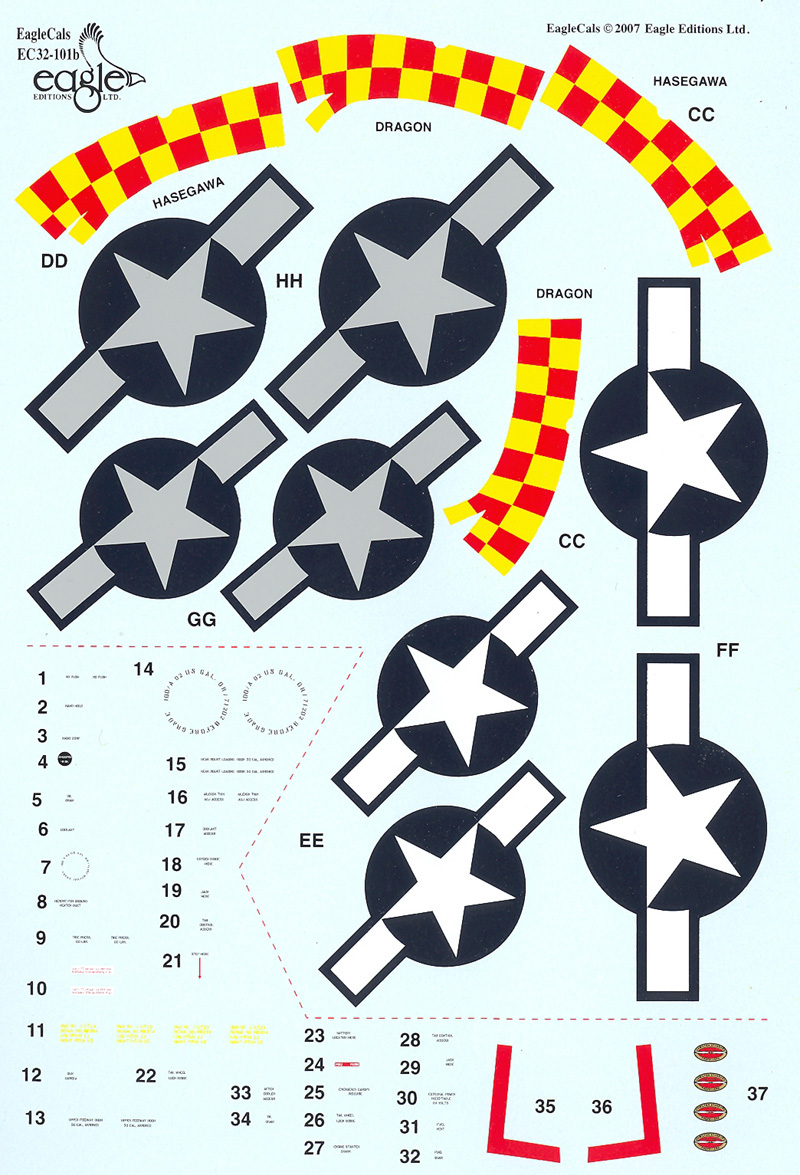 The decals are printed over two pages. Each appears thin and in perfect register. Decals representing the yellow and red checker ID markings for the forward fuselage are provided for both the Hasegawa and Dragon kits. Two types of national insignia are also included. Those being the toned down markings for Old Crow and the more common standard blue and white insignias applied to the other two choices. There are enough stencils supplied to complete a single aircraft.

As many modelers are leery of natural metal schemes it is nice to see that Eagle Editions do provide an alternative camouflage scheme. These new markings from Eagle Editions are sure to be a hit given the popularity enjoyed by the P-51D Mustang. Since being first announced in 2006 modelers have been eagerly calling and asking for these new decals. I can recommend them without hesitation as they are well researched and provide a popular choice of schemes.