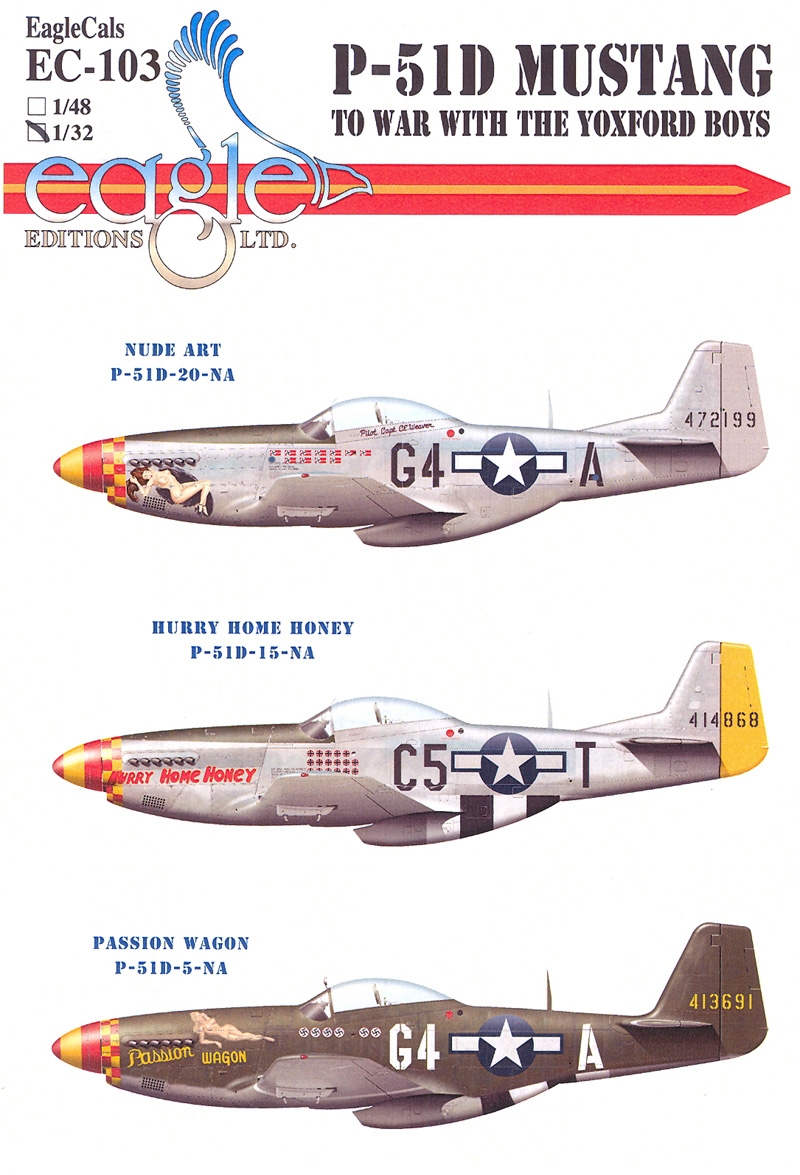 Eagle Editions has just released their long waited for P-51D decals in 1/32nd scale. This is a review of the third of three new sheets depicting Mustangs flown by the aces of the 357th FG, the famous Yoxford Boys.

Tom Tullis provides his exquisite airbrush profiles with the instructions. These are also published in To War With The Yoxford Boys available from Eagle Editions and reviewed elsewhere on LSP. I would urge modelers with an interest in this unit to consider purchasing the groups definitive history. The instructions include complete painting and decal placement details with very brief pilot notes. 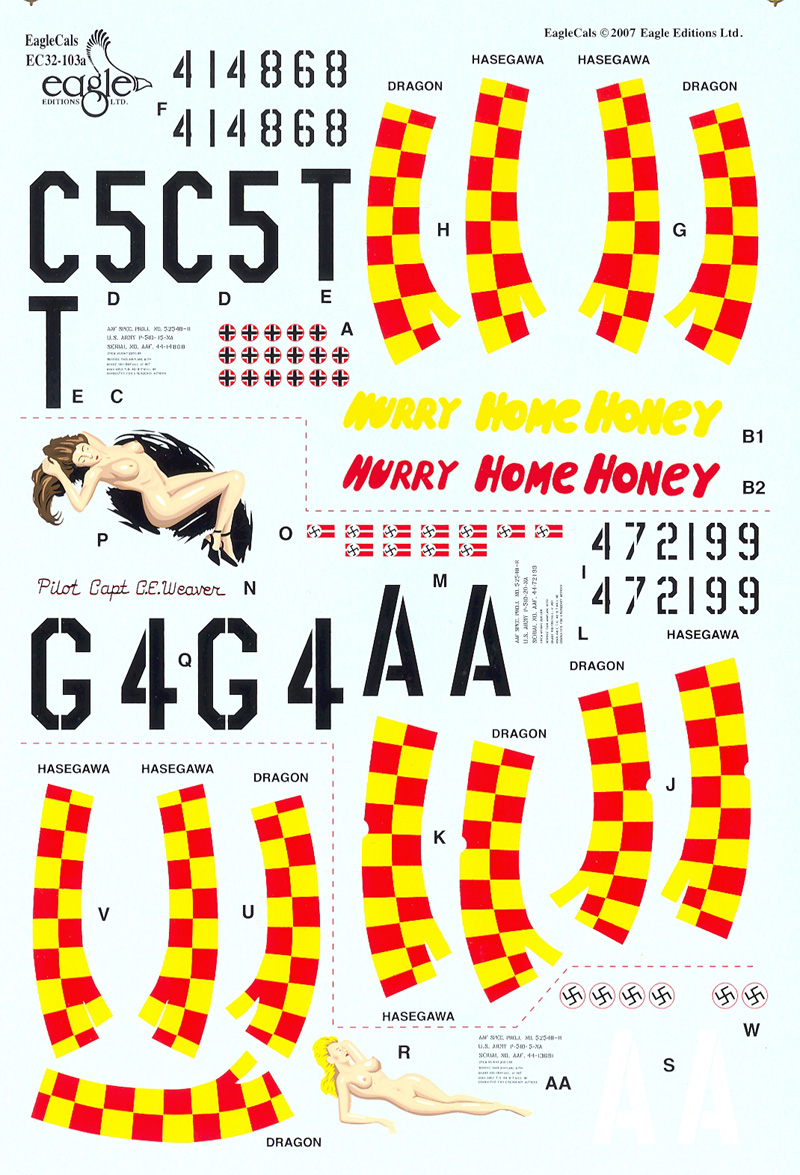 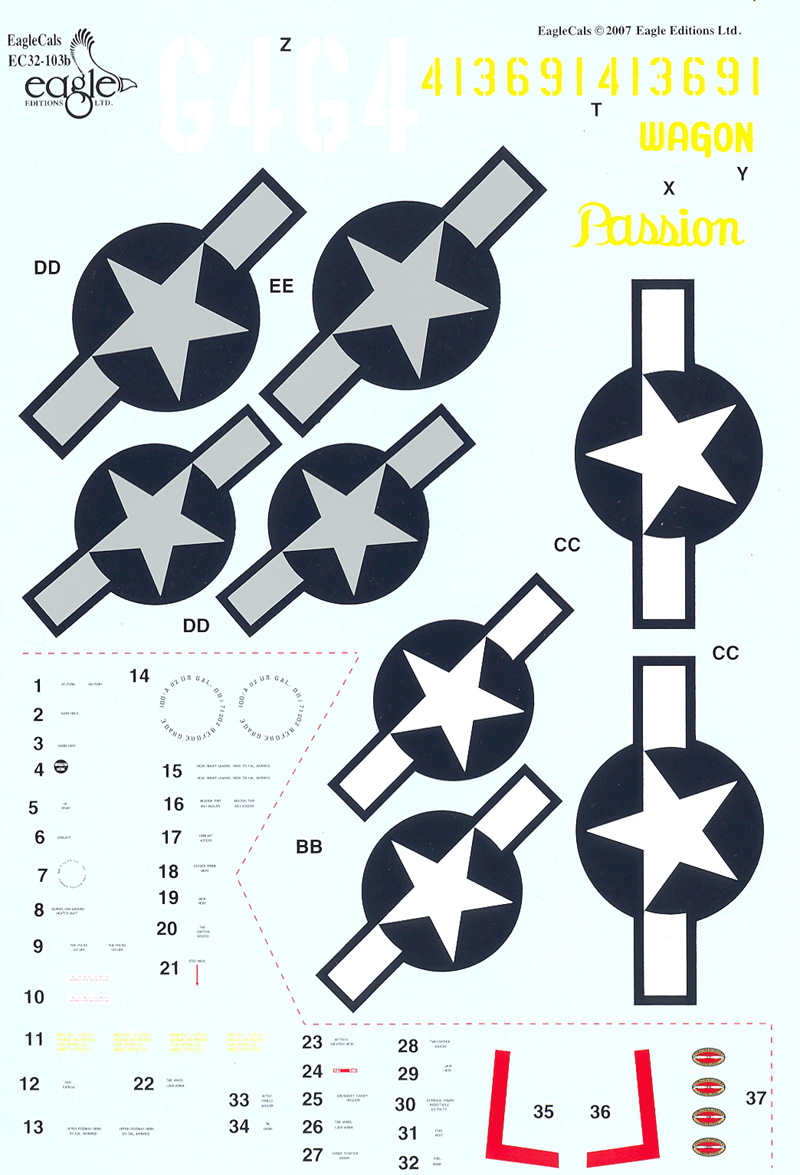 The decals are printed over two pages. Each appears thin and in perfect register. Decals representing the yellow and red checker ID markings for the forward fuselage have been specifically designed to fit the Hasegawa and Dragon kits. Two types of national insignia are also included. Those being the toned down markings for Hurry Home Honey and the more common standard blue and white insignias applied to the other two choices. There are enough stencils to allow the modeler to complete a single aircraft.

Unfortunately, one of the schemes provided with this release is for an early P-51D before the fin fillet became a standard feature. Consequently, some modification work will need to be preformed on the 1/32nd scale kits to accurately represent Passion Wagon.

EagleCals continue their tradition of providing modelers with attractive, well-researched markings for their scale models. With these three sheets the modeler now has the option of nine schemes of the 357th to choose from. We are provided with a nice blend of natural metal and camouflaged aircraft, surely able to satisfy most modelers. Given the popularity of the P-51 Mustang and its association with the 357th FG I am confident these markings will prove to be very popular. I recommend them without hesitation.