AN ADD ON TO OUR PREVIOUS REVIEW

This review is just a short add on to our previous review on the Revell P-38J, so the comments made in that review remain valid here. The P-38 Droop Snoot kit was an attempt of Revell to extend the usage of such a large set of molds. The kit was first released during the seventies, but I don't know exactly which year.

Before proceeding with the review, it's worth to note a few points about the Droop Snoot. It was a concept developed outside the Lockheed design office to use the high speed of the P-38 to reduce the risk for crews in level bombing missions. Later versions of the P-38 (J and L) had the same bomb load of a B-17 with one tenth of the crew. Then the idea was to adapt a P-38 with a housing in the nose for a qualified bombardier/navigator equipped with the well known Norden bombsight to guide other P-38s (but not only them) to the target. Although Lockheed modified a number of P-38L at factory, dozens of conversion kits were also produced to enable field modifications on L and J models as well. So, check carefully your references to know what version you are going to build, and pay attention to their differences (see our P-38J review here at LSP) before start.

Now back to the model. I'm not sure of which was the original box art of this particular model. Our sample is a Revell/Brazil release from early eighties in one of those horrible boxes showing a photo of the assembled model. I don't think this model was released again in the last twenty years or so.

I think this is the box art of the second incarnation of the model. In the detail, the Revell/Brazil box.

The kit is the same of the P-38J, except for a few mandatory changes to represent the Droop Snoot:

The sprues are molded in a dark green color. The instructions of our sample come as a eight pages folded sheet covering the major assembly steps and cammouflage/decal application. Color specs are given by generic names. This is in Portuguese, obviously, and I don't know if it looks like the ones from US releases. 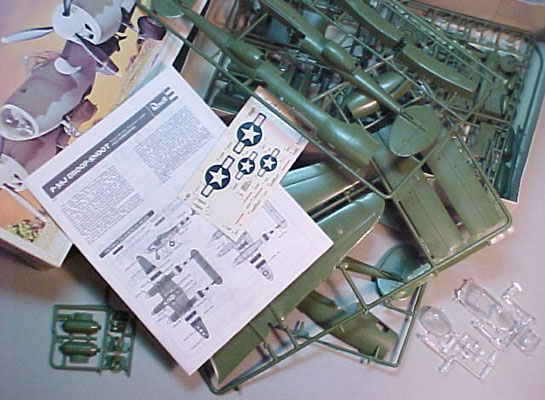 This is what you get once you open the box.

As I mentioned above, the basic airframe is the same of the P-38J kit, the basic difference being the new fuselage/pod molded in the same standards of its cousin. The shape and dimensions of the pod are very good, as well as the cutouts for the windows. The wartime photo below proves that the kit part is not bad at all. 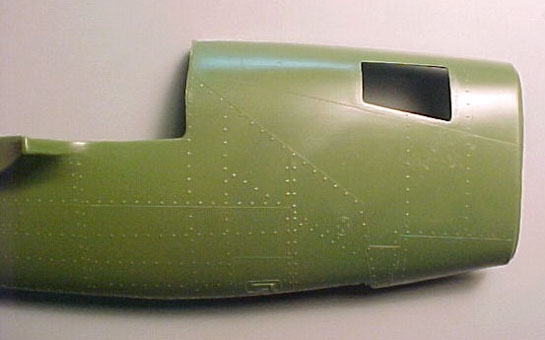 General aspect of the right pod. 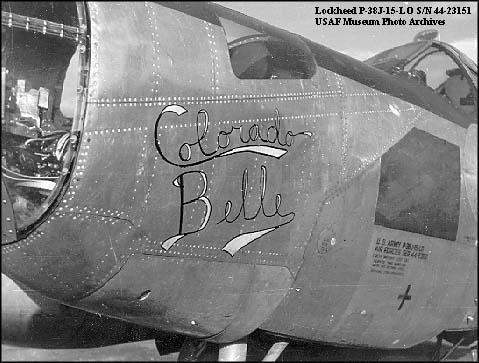 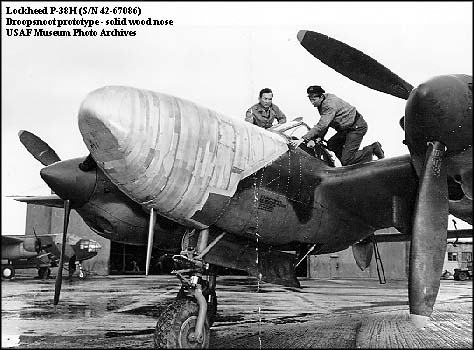 The kit provides a crude representation of the Norden gun sight (parts 31 and 32, shown below). However, the interior of the once gun bay should be full of other details omitted in the kit. Bombing equipment, oxygen and navigational devices are visible from the Plexiglas nose, not to mention the internal structural details and the floor.

To build a detailed interior of the navigator nose is a formidable job, and some photos of the interior of the aircraft would be necessary. I failed to locate any photo of this area, so I'll leave you only with a photo of a Norden bombsight preserved at Pima Air Museum (USA). I hope it helps you to improve the kit parts as this will be quite visible from the nose. 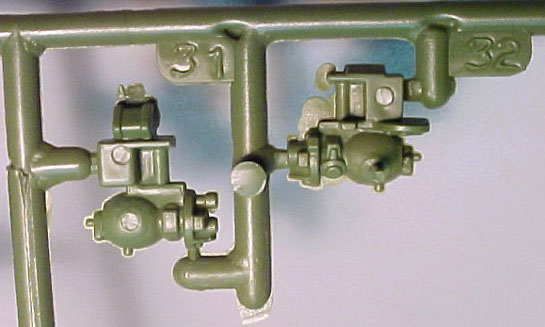 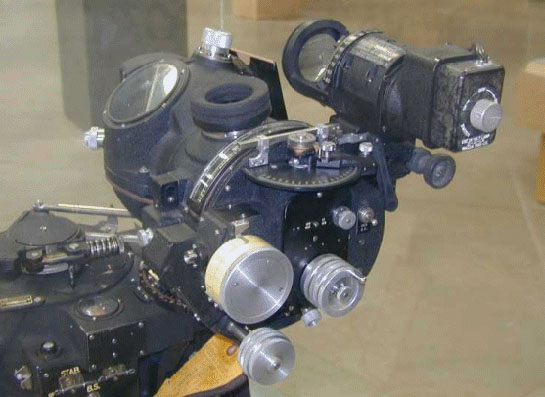 A Norden bombsight at the Pima Air Museum.

In addition to the same clear parts of the P-38J kit, there are the lateral windows and the Plexiglas cone. They are a bit thick. The windows can be polished and used, but in my opinion a new thermoformed nose cone deserves a trial, because it will produce much less distortion than the kit part. Anyway, depending on what you (don't) added to the interior, you may want just the contrary... 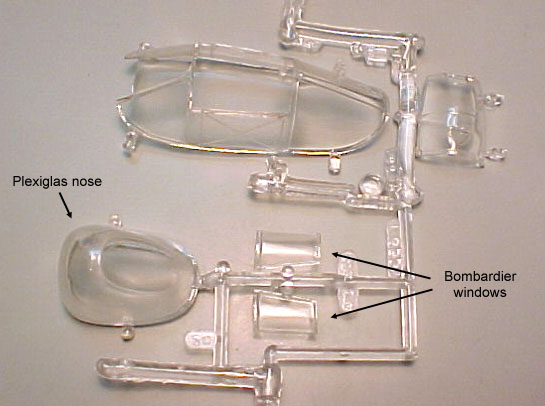 Just a couple of 250 pounds bombs here, typical of a '70s vintage kit. If you don't like them, there are plenty after market options to choose from. 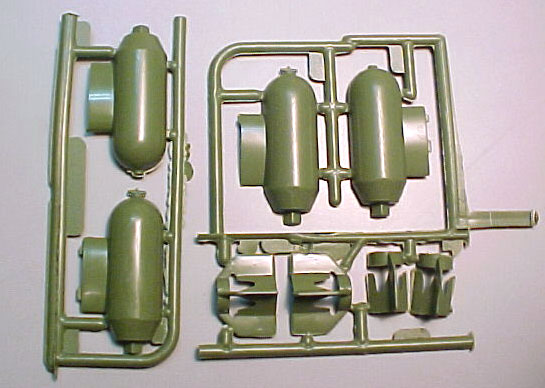 No options here. Our sample comes with markings for a bird of the 77th FS / 20th FG, attached to the 8th AF based in England.

The decals sheet is of very low quality, and this was a common problem with many Revell/Brazil offerings at that time (I had a different opinion when I was a kid...). I will include a picture here just for the records. 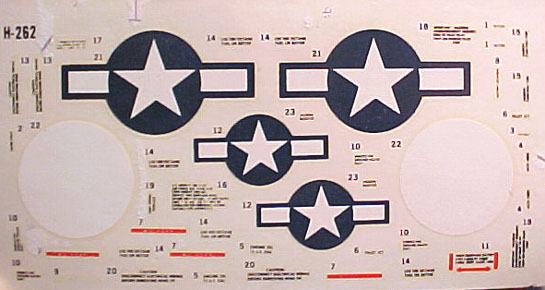 Well, here is a bird I've never seen assembled. This kit probably never was a good seller and almost surely never will. No question it would stand out of any 1/32 collection, but be prepared for many many hours of hard work if you want a high standard model.

For a detailed model project consider the sets we mentioned in the P-38J review for the cockpit and the landing gear:

As for the nose interior details, you are by your own.

Considering factory conversions and field conversion kits produced, about one hundred Drop Snoots existed, some in natural metal, some wearing olive drab / neutral gray cammo. So, there are not many markings to choose from. And don't forget to assert which model (J of L) the aircraft you are building came from, because there are some mandatory modifications in what concerns this (J based) kit (again, check the P-38J review).

Wartime picture of P-38J converted to the Droop Snoot configuration.

Most of you will probably prefer to spend your time detailing a P-38 fighter version. So I don't recommend this kit unless you already have your own P-38 air force in 1/32, and need something different. Yet, like its fighter cousin, it is an impressive model. In any case, remember it is out of production.